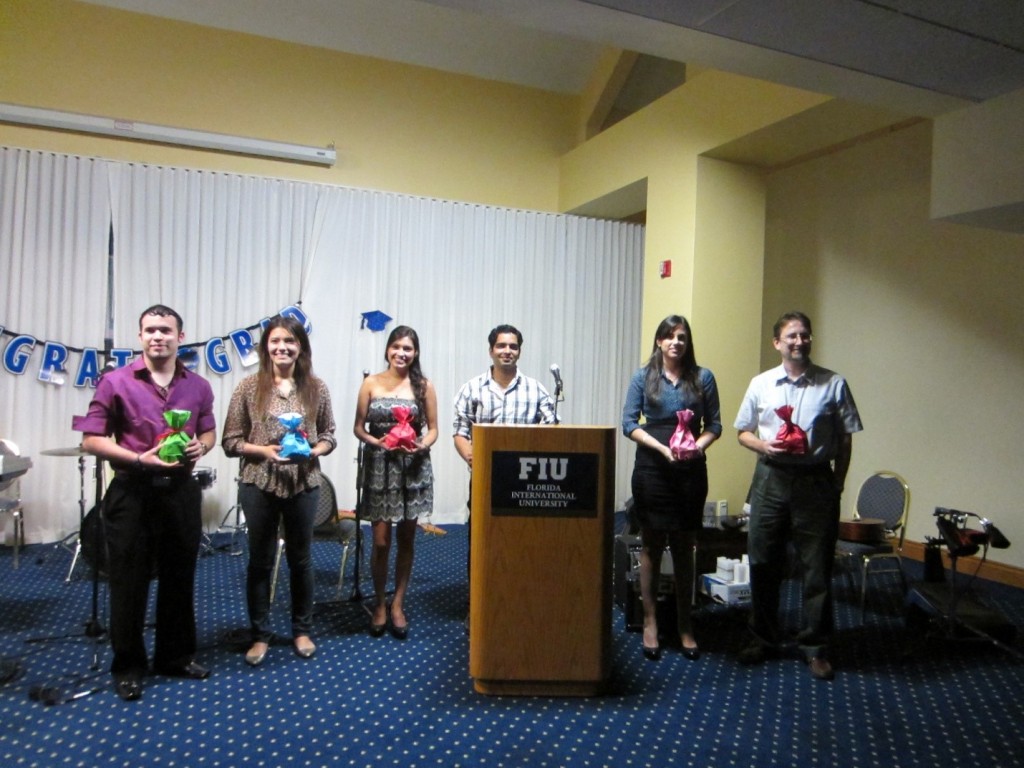 Congratulations to the AEMB FIU chapter for receiving the national award for Most Active Society from the AEMB, National Biomedical Engineering Honor Society under the presidentship of Rupak Dua. They were officially the most active society among all the schools at national level. The award ceremony was held at BMES 2012 conference in Atlanta, USA in October, 2012. This award is third time in a row in last 3 consecutive years.

AEMB is a biomedical engineering honor society founded by Dr. Daniel Reneau of Louisiana Tech University in 1979 and was initiated at FIU in 2007. Since then it has won many national and local award from FIU for its outstanding activities and participation.