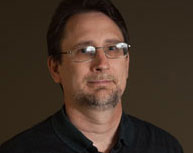 AIMBE fellows represent the top two percent of medical and biological engineers in the field. The newly inducted fellows were elected through a rigorous process with extensive peer review, followed by a vote of current fellows. This year’s induction will take place at the AIMBE Annual Event, March 15th, at the National Academy of Sciences in Washington, D.C.

McGoron joins BME Chair, Ranu Jung as the second AIMBE fellow in the department of Biomedical Engineering. McGoron’s primary research focus is targeted drug delivery for treating cancerous tumors. He is accomplishing this through the development of theranostic agents, that utilize molecular imaging to identify the target and nanoparticle based drug delivery to accomplish the therapeutic effect desired. McGoron’s breadth of knowledge and experience in pharmacology and cell biophysics, molecular imaging and biomaterials is allowing him to conduct this discovery-based science and develop the novel agents for clinical delivery. His research efforts were awarded when he was recognized as a “Top Scholar” in 2011 by FIU.

In addition to his research, Professor McGoron has exhibited an outstanding record of service to the University and recently received the FIU “2013 Faculty Award for Excellence in Advising and Mentorship.” Mentorship has consistently been one of McGoron’s strongest contributions. In 2011, Dr. McGoron was elected National President of the Alpha Eta Mu Beta (AEMB) Biomedical Engineering Honor Society. Under his guidance, the chapter received the national award for Most Active Society an impressive 3 times. From 2007 to 2010, he served as the department’s Interim Chair and he currently serves as the department’s Director of Undergraduate Studies and has played an integral part in the ABET accreditation. His exemplary service to the department has helped BME at FIU to continue grow throughout the years.