This I-Corps project is based on the development of an artificial intelligence-based diagnostic algorithm that uses heart sounds recorded from a digital stethoscope, similar to the devices currently used by doctors during routine physical exams, to classify cardiovascular disease stage.The proposed technology uses a database that correlates heart sounds to disease stage and cardiac function. In addition, the proposed technology standardizes and analyzes descriptors of sound to reduce user-dependent disease classification error.

Cardiovascular diseases are often only diagnosed in late stages after heart function is severely diminished. Early detection of asymptomatic patients could lead to a less invasive or earlier treatment to prevent disease progression and identify new late-stage patients in need of life-saving procedures.

Dr. Hutcheson has been an outstanding mentor to his students – graduate and undergraduate. This grant is a testament to his commitment to not only conducting excellent basic science but also moving the science from concept to clinic on the path to commercialization. expressed Dr. Ranu Jung, Chair of FIU Biomedical Engineering Department. 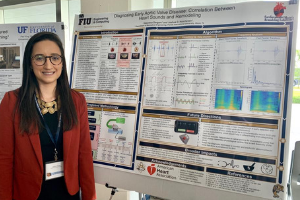 It has also been an incredible year for Ph.D. student Valentina Dargam, who recently received an F31 individual pre-doctoral fellowship from the National Institutes of Health. 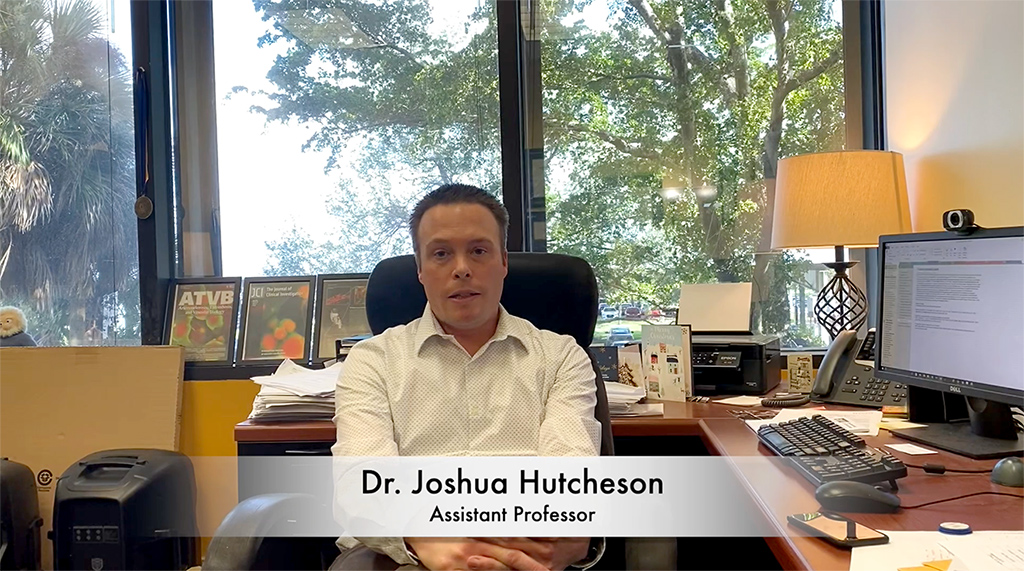