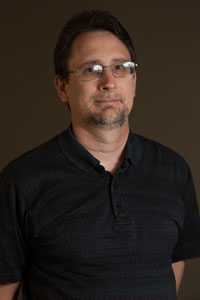 Department of Biomedical Engineering professor, Anthony McGoron, PhD., and PhD. graduate student, Vinay Bhardwaj, recently had their patent published for a technology that provides methods and means to detect incidents of accidental or intentional release of chemical and biological toxins into the environment.

The increasing threat of an intentional or accidental release of toxins has increased public fear. The major problem in such attacks or accidents is to quickly detect toxins, including unknown toxins. To solve this problem, sensors are needed that are suitable for rapid, inexpensive, simple and effective (RISE) on-site detection in resource-limited settings enabling a comprehensive alert to known, as well as unknown toxins. 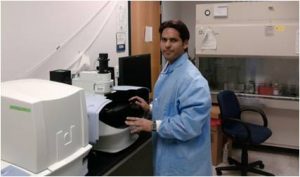 The technology was also among the top three global inventions selected by CappSci Carcinogen Inventor Program and was showcased in the Frost Science Museum – Miami in November of 2015.

Presently, Dr. McGoron and Bharwaj’s efforts and achievements have led them to negotiations with two companies regarding licensing the technology for monitoring the quality of toxins in food and drinking water.