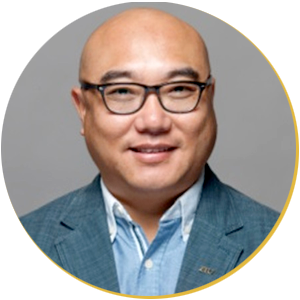 Dr. Chenzhong Li is a full professor and the director of the Nanobioengineering/Bioelectronics Lab. He is also the program director of Biosensing program at National Science Foundation. Dr. Li is an expert in biomedical devices in particular for Point of Care Testings and cell/organ on a chip. The research activities of Dr. Li to date have resulted in 10 patents, more than 130 peer-reviewed journal papers, 2 books and 8 book chapters, over 150 presentations at conferences and about 100 keynote/invited lectures and seminars. He also led the development efforts as co-principal investigator of two newly funded NSF Engineering Research Centers (ERC) and NSF NRT project called Nanomedicine Academy, which translate cutting-edge advances in nanotechnology and biomedical engineering into an education model for low-resource institutions.

My lab is developing several optical and electrical biosensing platforms coupling micro/nano materials, microfluidic technology, and nanoparticles for the detection of biomarkers for cancer, Alzheimer’s disease, and DNA oxidative damage. The novel approaches for biomarker detection developed in my laboratory could be applied to the diagnosis of chronic conditions (cancers, cardiac disease, autoimmune diseases), acute events (stroke, cardiac ischemia, head injury), or pathogen detection and toxin exposure assessments, all using a simple, rapid and sensitive device.

The main focus of this research is toward the development of whole cell based electronic biosensors for monitoring and modulating cellular behaviors at the single cell level or for a group of cells. We developed a chip based cell impedance sensing system capable of rapid assessment of nanotoxicity, neuronal mapping and electrical manipulation of cells.

3. Environmental Sensors for Biological Toxins and Other Chemical Pollution Assay

This work focuses on the development of environmental biosensors for the detection of pathogenic bacteria cells, explosive compounds, radioactive and heavy metals and pesticide and phosphate contaminants. This work was done in collaboration with Pacific Northwest National Laboratory, Department of Chemistry (FIU), Everglades Foundation, and the Department of Chemistry at the University of Texas at El Paso.