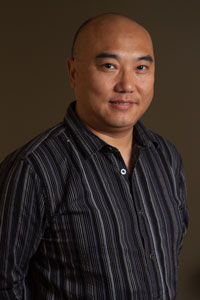 December 2013, Prof. Chenzhong Li, wins the  Outstanding Faculty Award in Research, in College of Engineering and Computing of at FIU.

Since joining to FIU in 2006, Dr. Li have published 52 peer-reviewed journal articles and 4 book chapters in the fields of POCT devices and biosensors, with H index of 23. His research  has been accomplished through an extensive collaboration not only with departments in FIU also with many top level institutes internationally from China, India, Japan, Turkey, Canada and Kazakhstan.

Since he joined FIU, he  has received a number of honors, including FIU faculty research enhancement award in 2008,  the Kauffman Professor Award in both 2009 and 2011,   Resource Person Award from the National Dairy Research Institute of India in 2011, NIH Academic Research Enhancement Award (AREA) in 2012 and the visiting professor award of Japanese Society for the Promotion of Science (JSPS) in 2013.