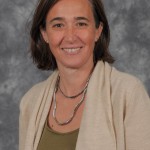 Hypertrophic scars affect 67% of burn patients and often lead to various related complications. Ramella-Roman’s new research aims to shed light on new ways to combat scars and prevent their debilitating side-effects. Her work is the first of its kind to combine a spectroscopic polarimetric optical system (SPOS) and a spatial frequency domain imager (SFDI) to study skin disease in an effort to better understand the scar formation process. Current forms of treatment for hypertrophic scars have resulted in marginal success. Scarred skin remains distinguishable from uninjured areas. Ramella-Roman’s hope is that a better understanding of the scar formation process will lead to new ways in which clinicians treat patients and improve patient outcomes.

While serving as an associate professor at FIU, Ramella-Roman holds two patents to go along with her extensive publications. She was recently appointed Graduate Program Director, serves as chair of many national and international conferences, and has been guest editor in the Biomedical Optics Express journal.

More information on Ramella-Roman’s research can be found at web.eng.fiu.edu/jramella