Lecture Series: “Extending the Use of Functional Neuronal Assays for In Vitro Biocompatibility Assessment” 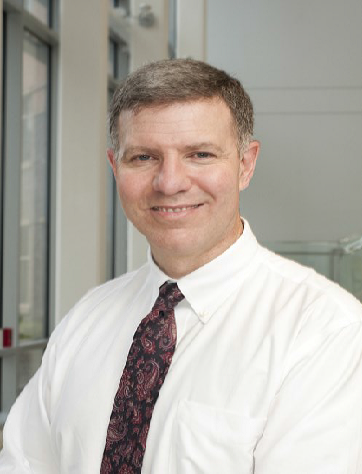 Abstract:
Neural interfaces aim to restore neurological function lost during disease or injury. The challenge posed by the BRAIN initiative involves the development of robust high density channel count implantable recording devices where advances in material sci-ence offer a critical avenue for circumventing current limitations. Like any biomedical device, neural interfaces should consist of materials that exhibit biocompatibility in accordance with the international standard ISO10993-5, which describes in vitro testing involving fibroblasts where cytotoxicity serves as the main endpoint. Recent regulatory guidance has identified the need for cells of neural origin to inform neurotoxicity assays for evaluating potentially useful materials that interface with the nervous system. During this talk, we will examine the utility of living neuronal networks as functional assays for in vitro materi-al biocompatibility, particularly for materials that would comprise implantable neural interfaces. Embryonic mouse cortical tissue was cultured to form functional networks where spontaneous action potentials, or spikes, can be monitored non-invasively using a substrate-integrated microelectrode array. Prior work has shown that this experimental platform is useful for neuropharmacology and drug screening applications. As an example, recent work in the lab using this approach for screen-ing therapeutics for amyloid beta in Alzheimer’s Disease will be presented. A systematic comparison of results for positive and negative control materials was performed with the neuronal networks and conventional cytotoxicity assays with L929 fibro-blast cells. The neuronal networks were also used to evaluate novel formulations of conducting polymer and shape memory polymers, which exhibited marginal compatibility with fibroblast assays. Based on positive results with these novel materials with the neuronal assays, implantable probes consisting of these materials were implanted in the rat motor cortex. Multi-microelectrode recordings spanning months showed reliable single unit recordings. Our findings suggest that the neuronal net-works are a useful platform for evaluating the functional toxicity of materials intended for implantation in the nervous system, and can be a useful tool to advance regulatory science for neural interfaces.

Biography:
Dr. Joseph J. Pancrazio’s training focused on the ion channel electrophysiology using the patch clamp technique at the Univer-sity of Virginia. He was a recipient of a National Research Service Award, he received a joint appointment in the Departments of Anesthesiology and Biomedical Engineering as an assistant professor of research at the UVa in 1991. In 1998, he joined the NRL as a Principal Investigator at the Center for Bio/Molecular Science and Engineering, becoming the Head of Code 6920, the Laboratory of Biomolecular Dynamics, in 2002. Dr. Pancrazio joined the Repair and Plasticity Cluster of NIH in the National In-stitute of Neurological Disorders and Stroke (NINDS) in 2004 as the Program Director. In 2009, he joined the faculty in the Vol-genau School of Engineering as Professor of Electrical and Computer Engineering and Director of the new Bioengineering Pro-gram. In 2011, he was appointed the founding chair of the Department of Bioengineering at Mason. His research interests in-clude neural interface technologies and biosensors.