Professor Shuliang Jiao, working to prevent and cure blindness named a senior member of the National Academy of Inventors 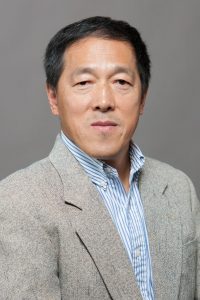 FIU professor of biomedical engineering Shuliang Jiao, whose research and technological innovations are helping prevent and cure blindness, has been named to the inaugural class of National Academy of Inventors (NAI) Senior Members.

This first class of NAI Senior Members is made up of faculty, scientists and administrators who have successfully patented, licensed and commercialized technologies that have positively impacted society. They are also committed to advancing the inventive culture at their institutions, as well as mentoring and educating the next generation of inventors.

“Vision loss is a major public health problem worldwide. Dr. Jiao has been a pioneer and leader in the imaging technologies that are critical in the treatment of retinal diseases that lead to blindness,” said FIU Provost and Executive Vice President Kenneth G. Furton, who is an NAI Fellow. “He has been critical in helping FIU foster a culture of innovation, so that we can continue to bring solutions to our community.”

As principal investigator for FIU’s Eye Imaging Lab, Jiao oversees the optical imaging technologies that are advancing the research and diagnosis of eye diseases that often lead to blindness, such as age-related macular degeneration, glaucoma and diabetic retinopathy. Currently, he holds seven patents – one of which was licensed to a leading ophthalmic technology development company – as well as three patent applications and several invention disclosures.

His research has been funded through major research grants by the National Institutes of Health (NIH), including a $2 million dollar grant last year from the NIH to develop new imaging technologies to monitor the treatment of degenerative retinal disorders. Jiao’s work has also received funding from the Department of Defense, the Wallace Coulter Foundation, and the Juvenile Diabetes Research Foundation.

After receiving his Ph.D. in biomedical engineering from Texas A&M University in 2003, Jiao joined the faculty of Bascom Palmer Eye Institute of University of Miami as an assistant professor. He later worked at the Keck School of Medicine of University of Southern California as an associate professor in the Department of Ophthalmology. Jiao joined FIU in the fall 2012.

“The election of the inaugural class of NAI Senior Members is a significant designation for a group of prolific inventors from NAI Member Institutions who are collectively a driving force in American innovation,” said Paul R. Sanberg, NAI President. “This is truly an accomplishment worth celebrating.”

For more information about the NAI Senior Members, please visit the NAI website.

by Angela Nicoletti for FIU News