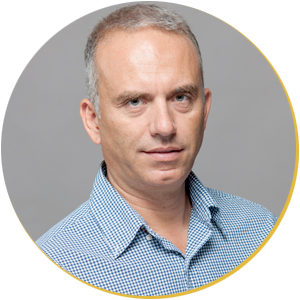 Dr. Nikolaos Tsoukias received his B.S. in Chemical Engineering from the National Technical University of Athens, Greece in 1994. He received a doctorate in Engineering from the University of California, Irvine in 1999. Upon completion of a three-year research fellowship at the Johns Hopkins University School of Medicine, he joined Florida International University as an Assistant Professor in 2003. His research interests are in the areas of mathematical modeling, systems physiology and biotransport. Dr. Tsoukias is a regular member of the Biomedical Engineering Society, the Microcirculatory Society and the American Physiological Society. Dr. Tsoukias established the laboratory of Vascular Physiology and Biotransport at FIU in 2003. He was the 2006 recipient of the Arthur C. Gyuton award for excellence in integrative physiology. His research has been supported by the American Heart Association and the National Institutes of Health. He has authored more than 50 peer reviewed publications in archived journals, contributed more than 75 abstracts in conference proceedings and received 2 patents.

Tsoukias, N.M. and A.S. Popel. Erythrocyte consumption of Nitric Oxide in the presence and absence of plasma-based Hemoglobin. American Journal of Physiology 282(6):H2265-77, 2002.

Kapela, A.., Tsoukias N.M. and A. Bezerianos. New aspects of vulnerability in heterogeneous models of ventricular wall and its modulation by loss of cardiac sodium channel function. Medical & Biological Engineering & Computing 43(3):387-94, 2005.