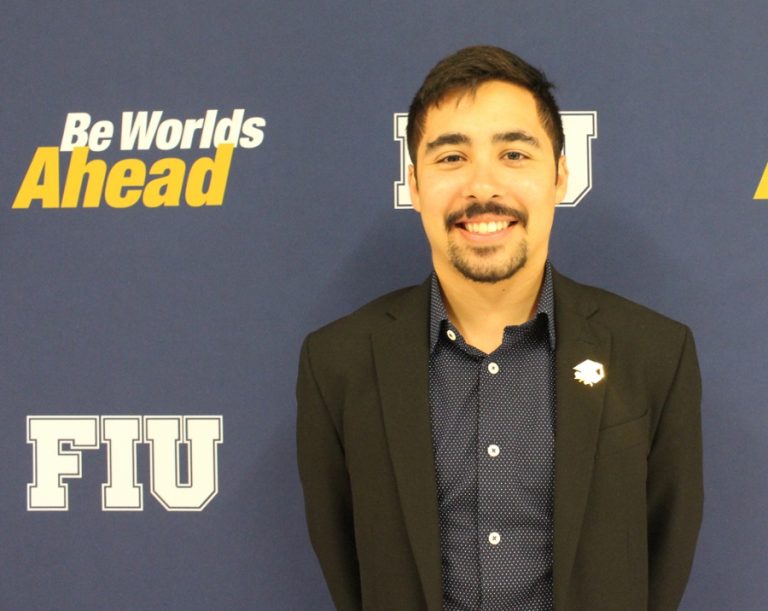 College/School: College of Engineering and Computing

In eighth grade, Daniel Rivera suffered his first seizure. After multiple medical visits and examinations, he was diagnosed with epilepsy.

The diagnosis shaped his career path. Daniel no longer dreamed of being a doctor – he wanted to focus on the functions of the brain, as a biomedical engineer.

Daniel moved from his home in Puerto Rico to Miami to pursue his passion for neuroscience at FIU. A student in the Honors College, he became an FIU McNair Fellow and began researching cortical spreading depression, a seizure-like phenomenon that is the primary cause of migraine auras, under the mentorship of Professor Jorge Riera.

Although he had up to two seizures a year throughout his time at FIU, Daniel continued his research. He presented his findings in local and national conferences. Among his many recognitions, he became a Coulter Undergraduate Research Excellence Program (CURE) researcher and a National Action Council for Minorities in Engineering (NACME) Scholar.

He also has trained undergraduates, Ph.D. students, and post-doctorate fellows in intracranial recording techniques, and tutored children in Sweetwater, through the Lil’ Abner Foundation. Last year, when his home in San Juan, Puerto Rico was left devastated by hurricanes, Daniel raised about $1,000 among his classmates to buy relief supplies.

After graduation, Daniel will begin his Ph.D. in neuroscience at the University of Utah.